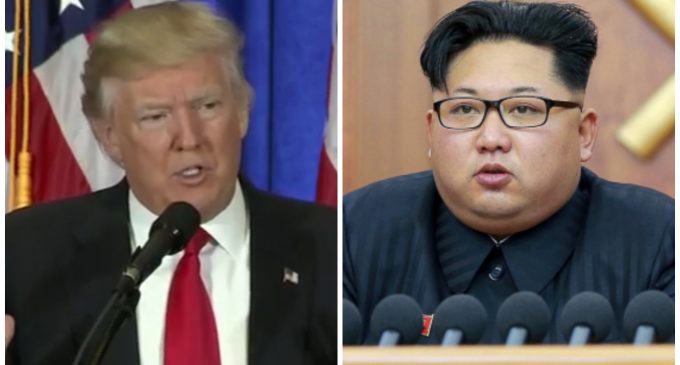 President Trump warned today in a meeting that North Korea’s days to commit terror and oppression are at an end. He stated in clear terms that the U.S. will be “sending an armada, very powerful”, to bring totalitarian North Korean government to its knees.

President Trump is (thankfully) no Obama when it comes to foreign policy and defending our homeland from foreign threats.

Trump has declared that he will be sending an armada, and utilizing the United States' fleet of elite submarines to send a clear and strong message to the North Korean Regime.

A series of messages released by Fox News's, Chris Snyder, shed new light on the president’s methodical plan to combat the threat of a nuclear attack from North Korea.

Continue reading on the next page about the preparations SEAL Team Six is currently making in South Korea: