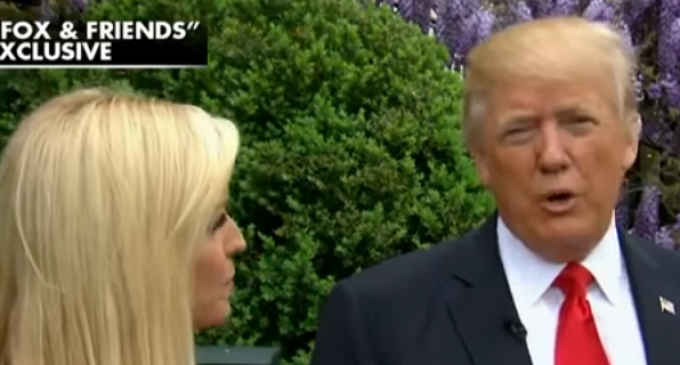 In the last couple of months, tensions between North Korea and the world have risen higher than they have in decades. Many have blamed Donald Trump for the meteoric escalation, but Trump sees the situation differently.

According to Trump, the reason why North Korea was relatively quiet during the Obama administration was because they didn't have a worthy adversary in the Oval Office.

Trump's opinion makes sense. Previous administrations have been incredibly patient with the North Korean government — often providing aid to their people despite being near war with their leaders. Obama, in particular, seemed to believe that the North Koreans could be appeased forever and that they would remain mostly rational in their desire to avoid nuclear war.

But years of appeasement have done nothing to de-radicalize the Kim family. Now, Trump is pointing to that as proof that Obama had been played by Kim Jong-un.

See his full comments on Obama, Clinton, and North Korea on the next page: