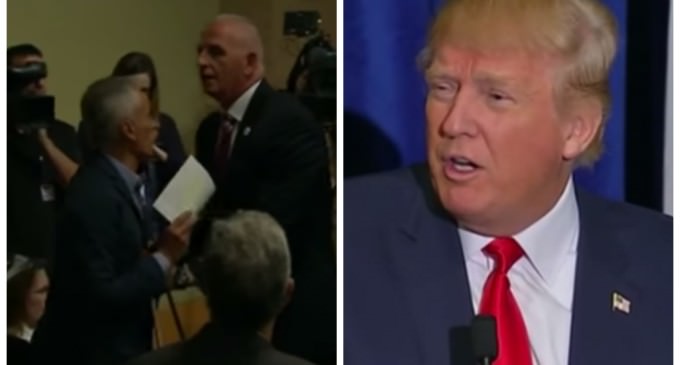 On Tuesday, presidential candidate Donald Trump had Univision journalist Jorge Ramos, escorted from a press conference after Ramos demanded that Trump take up his questions out of turn.

“You haven't been called…go back to Univision,” Trump told Ramos before a security guard removed him. Later, Ramos was permitted to return and ask Trump questions.