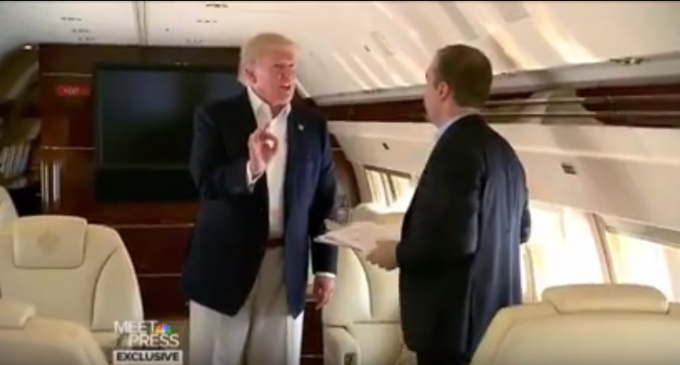 In an interview on NBC's Meet The Press, Republican presidential candidate vowed to rescind Obama's executive actions that have permitted illegal immigrants from being deported, The Don simply stated “They have to go.”

Trump said that if he becomes president, “The executive order gets rescinded.”

The New York billionaire also stated that he would do away birth-right citizenship. “They're having a baby. And all of a sudden, nobody knows… the baby is here,” Trump said. “And we're going to try and bring them back rapidly, the good ones.'

Watch on the following page: