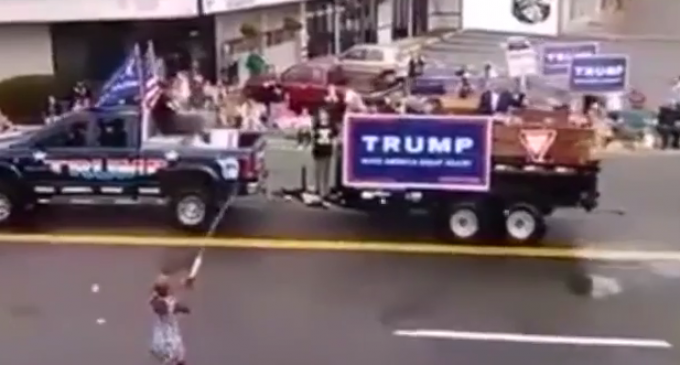 With November rapidly approaching, and the voting booths due to open for the election of our next president, interest in politics is high and so is the number of spontaneous “experts” on the candidates running for office. The past few months have revealed quite a bit about American voting trends. For example, liberals hate Donald Trump because . . . well, they don't actually know why they hate Donald Trump. Perhaps because he's allegedly racist, and they love Hillary Clinton despite the fact that she's lied to the American people more times than anybody can count.

Facts aside, the tactics of liberal activists have revealed just how contradicting and hypocritical their beliefs are. Look at the recent Donald Trump rallies, where one man rushed the stage in Dayton, OH, and the woman in San Jose who was attacked by Mexicans for wearing a Donald Trump jersey. Then there's the 4th of July Parade, where people chucked things at a Donald Trump float.