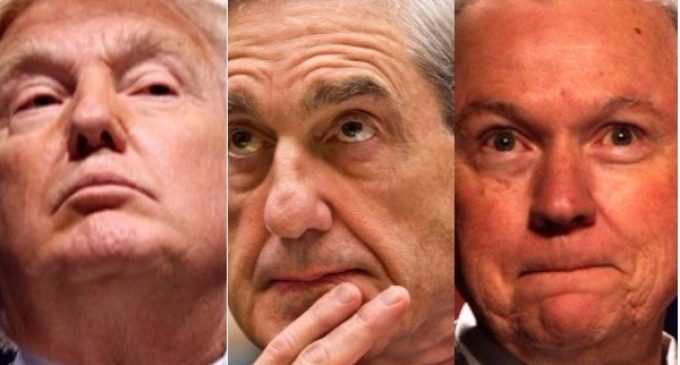 President Trump let both Attorney General Sessions and Special Counsel Mueller have it in a scathing attack yesterday outlining his furry with how they’ve been handling the Russian investigation.

And in regards to Sessions, I say bring it on, all my former goodwill towards the man was revoked when the news emerged this week that he just gave law enforcement the green light to seize up to 10,000 in cash from citizens if they have good reason to ASSUME suspected criminal activity.

This sheds more light on where Sessions true loyalty to the establishment might be lying and as to why he choose to recuse himself from any legal matters pertaining to Russia without as much as even informing the President first.

A lot of this makes sense if Sessions is a working with the establishment, not a true team member aiming to drain the swamp.

President Trump is understandably furious at both of these men. If Sessions wanted to convince everyone that he is in cohorts with establishment he couldn’t be doing a better job. More details and the president’s response to this sickening attempt to sabotage both his presidency and democracy on the next page