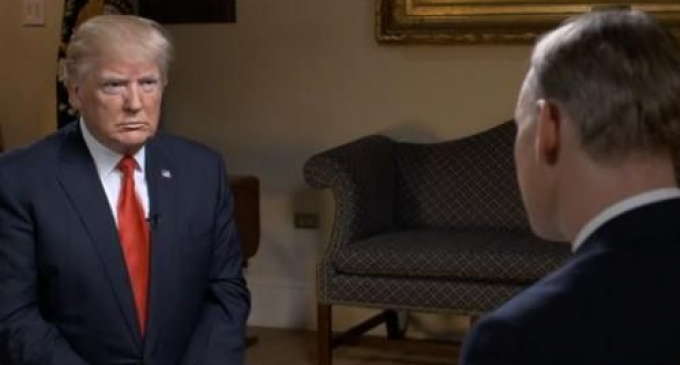 During last year's presidential race, Donald Trump made insults an amusing and effective staple of his campaign. Now, the insults are back.

While many people thought that Trump's bullying tactics were childish, they were undeniably effective — and often hilarious. His characterizations of “Little Marco,” “Lyin' Ted,” “Low Energy Jeb,” and “Crooked Hillary” struck a chord with the electorate. The branding played a part in each candidate's demise — particularly among his primary challengers.

But now that Trump is president, he has a new political foe — the press.

After months of political attacks and false reporting, Trump is finally branding leftist networks and shows with their own nicknames. Shortly after taking office election, Trump coined “CNN Fake News.” This week, he unveiled his name for Face the Nation.

Watch him use the new nickname in an interview with the show's host on the next page: