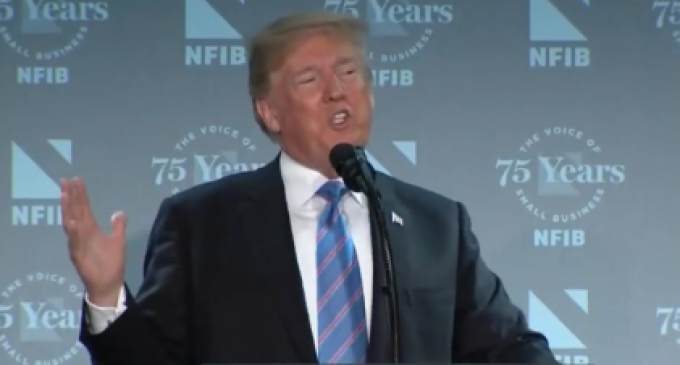 President Trump veered far from the script during a Tuesday speech at the National Federation of Independent Business (NFIB), doing everything from calling out the fake news media for “helping these smugglers and these traffickers like nobody would believe”, to calling the intense immigration debate an effort by the Deep State to distract from the recent IG report.

“I was never a ‘deep state’ guy. Let me tell you, we got some bad people that are doing bad things. When you read that I.G. report about how she got away with what [Hillary] got away with, it’s a disgrace,” President Donald Trump said.

The President was referring to a report from last week that revealed how former FBI Director James Comey violated department rules when he announced during the 2016 presidential campaign that Clinton would not be brought up on charges relating to her private server.

Turn the page to watch this fiery speech: