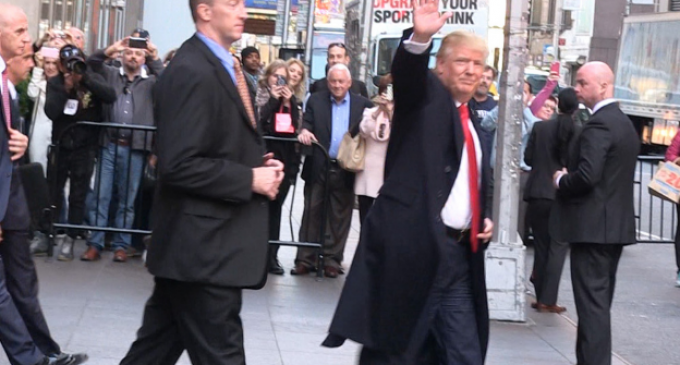 We've come a long way from the days when presidents road around in convertibles so they could wave to crowds during parades.  That period ended with the tragic assassination of President Kennedy.  The attempted assassination of President Reagan once again highlighted the vulnerability a president experiences when he steps out in public.  So there is a constant tension between two needs — to have the president visible to the people, while at the same time ensuring his safety.

It's not just a problem for public officials.  Wealthy business magnates such as Donald Trump employ private security forces for personal protection.  But when someone becomes president, that responsibility is turned over to the Secret Service.

Donald Trump's security situation is an unusual one, as outlined on page two.