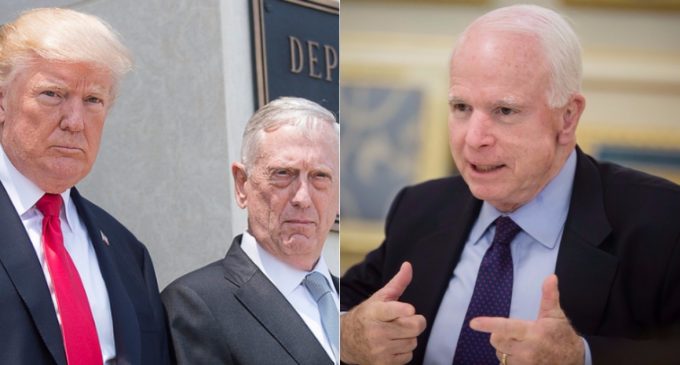 Imminent threats in the world surround several high-stress situations.  North Korea is the obvious number one concern today as the US military leadership struggles with how to predict what will happen next in respect to the dark recesses of Kim Jong-un’s mind.  Just last week, despite UN sanctions, Chinese advisement against it, and US presence in the Korean Peninsula region, the rogue leader in Pyongyang went ahead and launched a short-range ballistic missile into the Sea of Japan, right outside the economic sea trade routes between South Korea and Japan.

There is the imminent threat of Iran in attaining nuclear capability as well.  With its constant threats and chants of “Death to America!” and “Death to Jews!” there is also the possibility that our allies in the region will be in grave danger as well.  Not to mention that they continue to fund worldwide terror, thanks to the foolish and purposeful efforts of Barack Hussein Obama to grant them billions in an apology to the Islamic world from America on his behalf.

Of course, there is the ever-present threat of radical Islamic terrorist organizations with sleeper cells the world over, ensuring that thousands are murdered each year on six continents.  If they could murder on seven continents, I don’t suppose they would hesitate.  Perhaps Obama can begin personally funding from his multi-million dollar mansion-slash-subversive headquarters in the Swamp to encourage the mass migration of Muslims to Antarctica as well.

In all, there are far too many hot spots and disturbing trends of terror about which to worry without a distraction regarding a country where many believe that our presence is not warranted.

Turn the page to view new information regarding Afghanistan and the possible withdrawal of our military from a place we clearly do not want to be and in which John McCain sincerely wants to stay put!