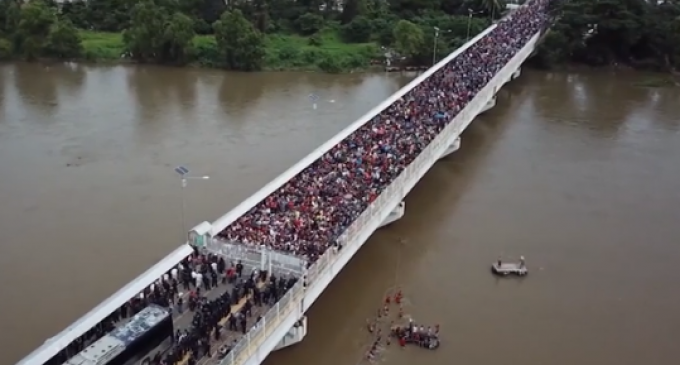 With a caravan of thousands of Central Americans barreling towards the United States, President Trump is considering the extraordinary move of freezing asylum laws in order to block their entry.

As of yesterday, the caravan remains more than 1,000 miles from the U.S-Mexico border. The current number of migrants in the convoy remains unclear. While the Mexican government recently estimated that the number has fallen below 4,000, those assisting it claim it’s ballooned to 10,000. President Trump's first move to deal with the situation was to threaten to cut aid to Central American governments. Now, the President is considering an even greater measure to prevent thousands of illegal immigrants from entering our country.

Go to the next page for full details.