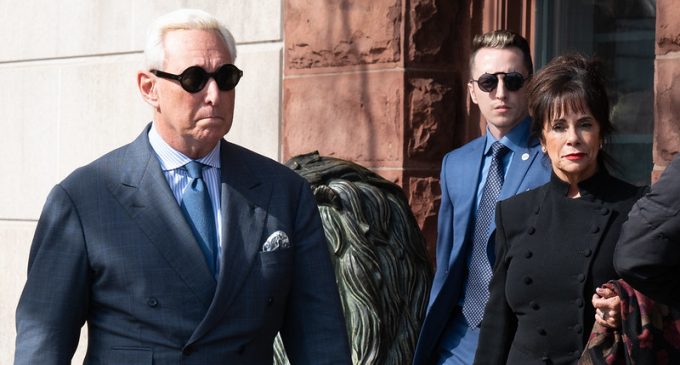 The streets have been made safe and the country can now breathe a collective sigh of relief. The big, bad wolf that roamed the alleys at night to prey on unsuspecting Americans has now finally come to justice.

It’s been announced today that the dreaded and terrible crime spree by 67-year-old Roger Stone has hit the brick wall of the American judicial system. A jury today has found him guilty on seven white-collar criminal counts and he is now awaiting a sentencing phase to begin in February.

The Mueller probe has claimed another victory over the six associates of the evil overlord known as President Donald Trump and it’s about time that the Democrats just impeached this man before he can do any further damage to the delicate psyche of the Left.

Turn to the following page for details on Stone’s conviction and how he now fears for his very life after his imprisonment, in the style of Jeffrey Epstein!