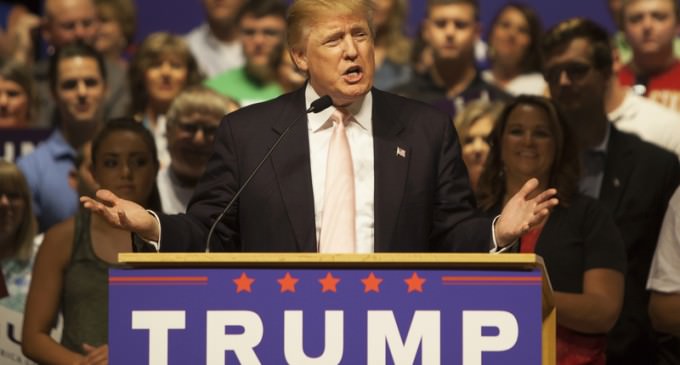 After the August GOP debate brought in a record 2 million viewers, republican frontrunner Donald Trump has made an interesting demand of CNN. With the next GOP debate scheduled to take place in Las Vegas, NV, on Dec. 15, Trump has demanded the host network, which is CNN, pay him $5 million dollars to participate.

Trump wrote a letter prior to the September debate, where Trump claimed that the tremendous increase in viewer interest is due “100 percent” to Donald Trump. The letter also suggested that some of the profits that CNN was paid from increased advertising be paid to veteran groups.

The demand happened at a campaign rally in Macon, GA, where Trump asked the crowd if he should make the payment a condition of his participation in the debate. While Trump obviously doesn't need the money, there are plenty of other people who do, like our veterans, for example.

After issuing this demand or challenge, Trump said the $5 million would be donated to veterans.

See how CNN responded on the next page.