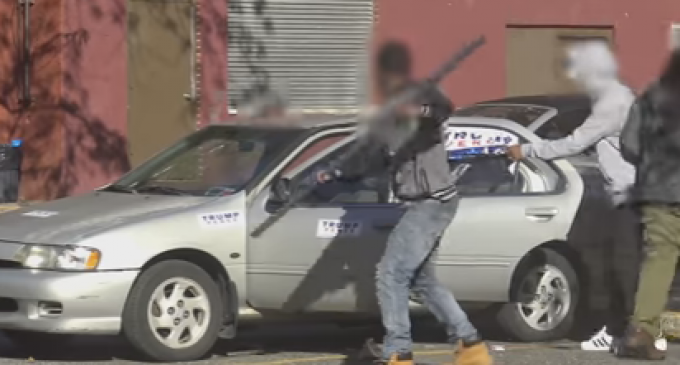 The African American community, at least the part of it that the media highlights, hates Donald Trump. Why? Whether it's because he's allegedly “racist” or wants to make drastic cuts to the welfare system, I don't even think they know. However, what seems to be abundantly clear is that while they throw the term “ignorant” and “hateful” around, the only ignorance and hate demonstrated during this presidential campaign has come from them. And they're not the only ones who get credit for ignorance and hate, the entire voting base for Hillary Clinton also gets that title. While they accuse Trump supporters of those very things, Trump supporters aren't the ones physically and verbally assaulting speech goers, lighting police cars on fire and destroying property. Nope those are deeds only Hillary's supporters can take credit for, not to mention her campaign staffers, who actually paid people to do some of these things.

In a video you can watch on the next page, Joey Salads, an instagram and YouTube personality's latest social experiment demonstrates everything mentioned above when he parks a car with Donald Trump stickers and flags in a black neighborhood and leaves it there. It doesn't take long for some troubled individuals to show up and start destroying things.