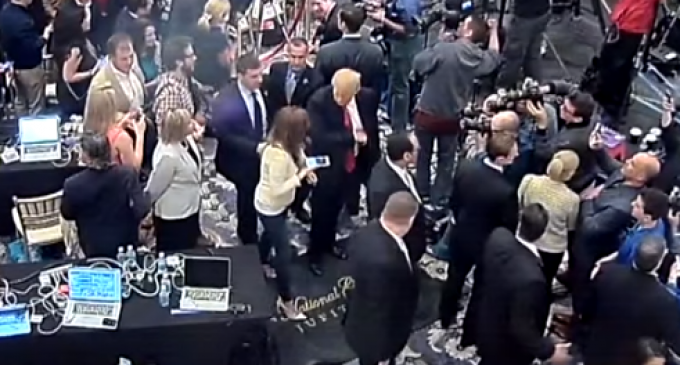 The 2016 Republican Primary has pitted many unlikely foes against each other, and there may be no more clear indication of this than the recent spat between Breitbart reporter Michelle Fields and the Trump campaign.

After Trump's campaign manager Corey Lewandowski allegedly grabbed Fields and forcibly removed her from Trump's path, the reporter took her story straight to the media. She showed pictures of the bruises she claims Lewandowski left on her arm and accused him of battery. Videos of the event have since leaked that show that contact between the two was likely made, but the aggressiveness of the interaction has many — including Breitbart itself — questioning whether the incident was as unwarranted as Field claims.

That wavering support from her employer led to Field's resignation from her post, and now she's pressing charges directly against Corey Lewandowski.

Meanwhile, Lewandowski claims that he has never even met Fields, let alone touch her. Continue reading on the next page to see what charges have been filed against him: