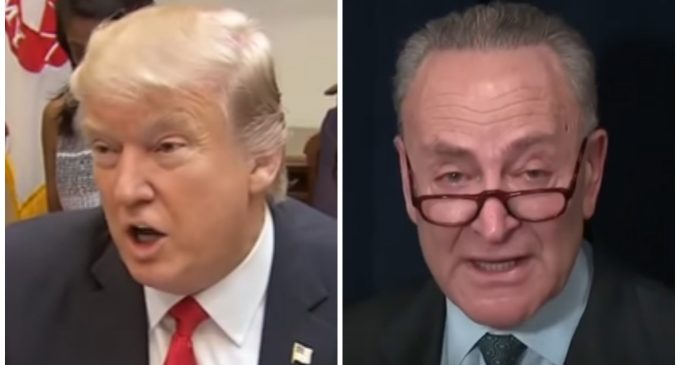 Democrat Chuck Schumer tried out his acting skills this week — but he shouldn’t be expecting an Oscar for his performance. According to Donald Trump, Schumer’s tears were as fake as his characterization of Trump’s newly announced policy.

Yes, you read that right. Schumer cried as he attacked Donald Trump’s plan to temporarily halt immigration from terror-compromised nations. Or, he tried to cry, anyway. His performance left few people convinced that his emotions were genuine. If anything, Schumer’s desperate act was more awkward and embarrassing than it was compelling.

Luckily, Schumer took a break from the waterworks to try and form a logical argument against Trump, his wall, and his immigration ban.

His argument made no more sense than his emotional outburst, but at least it is less painful to read.

See what Schumer said on the next page: