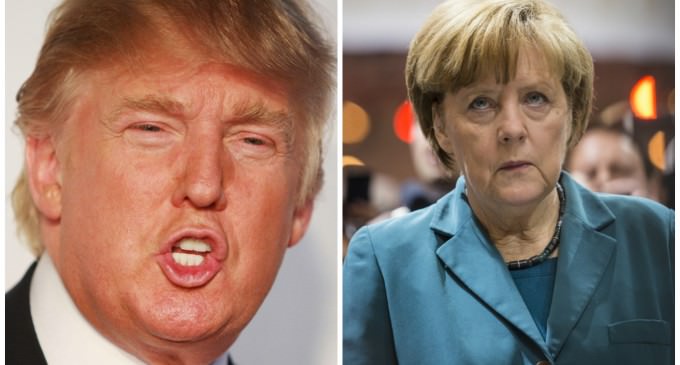 Merkel is not only not a great leader,s says Trump, but her actions on migrants have been quite insane. He said on Face the Nation that her open door policy in Germany has allowed so many Syrian migrants to flood the towns, that riots will break out.

He also commented that most of the migrants are men, young strong men, with very few women and children interspersed.  He questioned why these men were not fighting for their country.