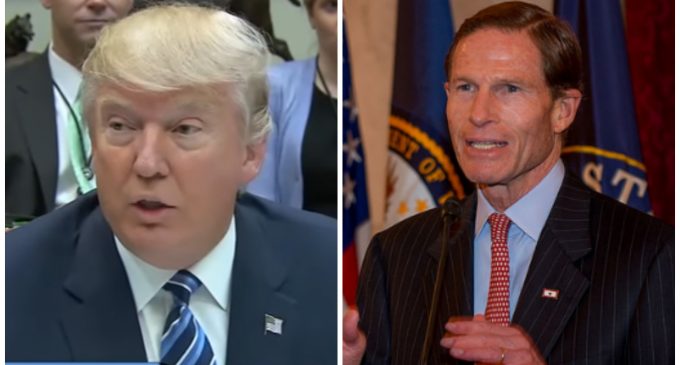 Donald Trump is clearly in no mood to be lied to this week.

Earlier this week, Trump fired James Comey after the FBI Director gave testimony about the Clinton investigation that many considered false or misleading.

The statement in question involved how — and how many — classified emails ended up on Anthony Weiner's computer. Comey claimed that thousands were “forwarded” from Huma Abedin. But the number may have been smaller, and the emails may have been backed-up, not directly forwarded to her husband's computer.

Despite months of bipartisan calls to sack Comey, Trump's decision proved incredibly controversial. Connecticut Senator Richard Blumenthal quickly went on the attack — and now Trump is responding with an attack of his own.

See how he countered Blumenthal's argument on the next page: