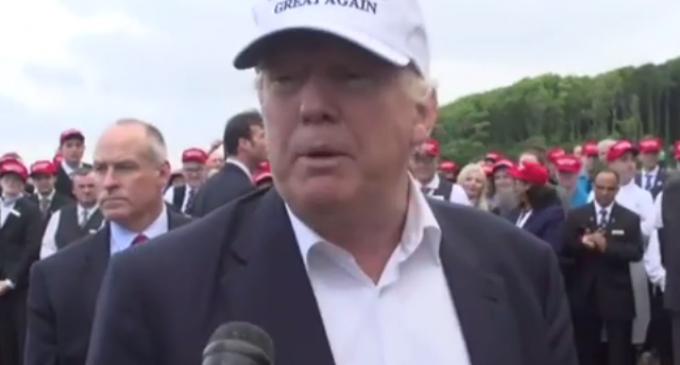 Anybody in America who paid attention to the United Kingdom's Brexit campaign — the referendum on leaving the European Union — could see obvious parallels to the 2016 U.S. presidential campaign. In a way, Hillary Clinton mirrors the “stay” campaigners in Britain who tried to convince citizens that the status quo was in their best interests.

The voters who supported the “stay” campaign were mostly younger liberals who saw no problem with auctioning away Britain's financial and political sovereignty to an international coalition. They were okay with allocating tax dollars to mass influxes of migrants. They were globalists.

The “leave” campaign was extremely reflective of Donald Trump's views and campaign here in the United States. Many “leave” campaigners even adopted the slogan, “Make Great Britain great again.” They feel left behind by the government and they don't like the direction their country is taking.

And Thursday night, they won.

With all of the obvious parallels to the Trump movement, it is no surprise that Donald Trump had a lot to say about Britain's decision to leave the EU on Friday while visiting the U.K.  To see how Trump has praised the vote and is now calling on Americans to “reject today's rule by the global elite,” continue on the next page: