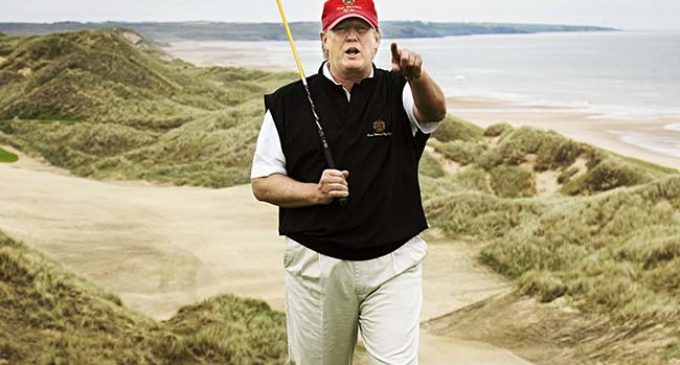 Everyone must have figured out by now that Donald Trump does not play politics “by the book.” His unorthodox, and sometimes brash, way of dealing with opponents is no doubt part of what makes him so appealing, at least to his supporters. This past election was correctly seen as largely a repudiation of the status quo. People are fed up with business as usual in Washington, and Mr. Trump turned out to be just the guy to tap into that.

So it is with great eagerness that we anticipate his inauguration and his tenure in the White House, especially the critical first few weeks. Of course, the liberals will remain in something of a state of panic with Trump as president, but perhaps that's good for them. After they calm down, a few might even change their perspective on Mr. Trump — although that might well be asking for the moon.

The fact that Trump is just as willing to call out establishment Republicans as he is Democrats was just demonstrated on the golf course. More on page two.