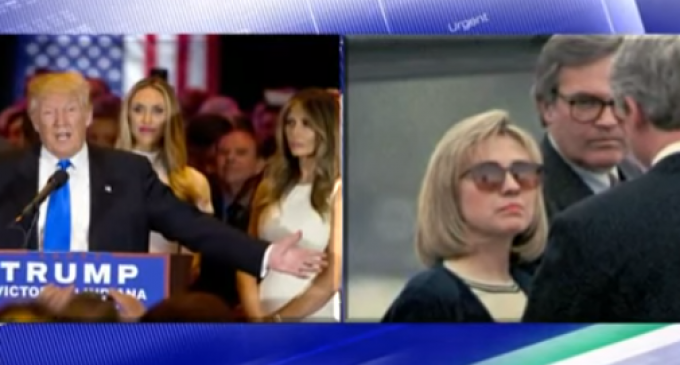 Donald Trump's Republican challengers might have thought that Trump hit them hard during the GOP primary, but it looks as if they got off easy compared to the Clintons.

Sure, Marco Rubio had to defend his “little” stature, and Ted Cruz had the word “lyin'” permanently affixed to the beginning of his name, but neither had to contend with the accusations of rape, influence selling, and criminal misconduct that Bill and Hillary are currently fighting off. Donald Trump may have promised to act “more presidential,' but he's not backing down.

This week, those allegations became even more heated. In a recent interview, Donald Trump dredged up an oft-forgotten scandal that puts the Clintons in the middle of a would-be murder.

If Hillary's poll numbers can't endure a simple email scandal, they're sure to take a nosedive if this story catches on.

To see what old story Donald Trump has brought back to life, continue reading on the next page: