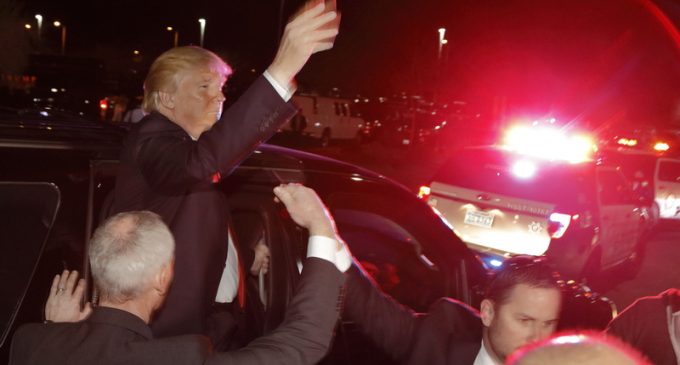 The very liberal left has been quickly showing their true colors in the days following Trump's election. CNN has made a few suggestions that prove that. Despite the fact that he's already been elected, the left is doing everything they can to either prevent Trump's rise or stop it all together, using tactics from recounts, slander to even, well, murdering the man.

A website on the Darknet (a place where you could probably find a good inspiration for the next Die Hard or Girl With the Dragon Tattoo villain), that launched earlier this week is not only warning of the “politcal and social consequences” of Trump's presidency, it's also calling for donations for the assassination of both Donald Trump and Mike Pence. It's like Go-Fund me for murdering people.

How's that for tolerance?

And that's not even the scariest part of the whole thing.

Find out what is on the next page.