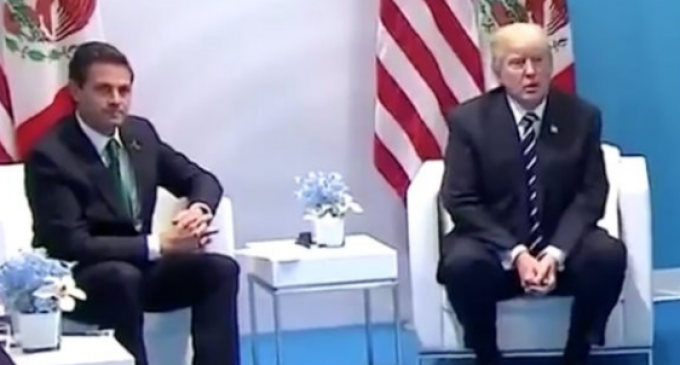 One of Trump’s signature negotiation tactics is to ask for more than you want then negotiate toward what you actually expect. That way, the party you’re negotiating against thinks that they’ve won. In reality, they’ve just been played.

When Trump first announced his intentions to have Mexico pay for his border wall, many people thought that he was utilizing this tactic. Apparently, that isn’t the case.

This week, Trump met with Mexican President Enrique Peña Nieto. When asked about his intentions to have Mexico pay for his controversial border fence.

Watch the video on the next page to see the moment for yourself: