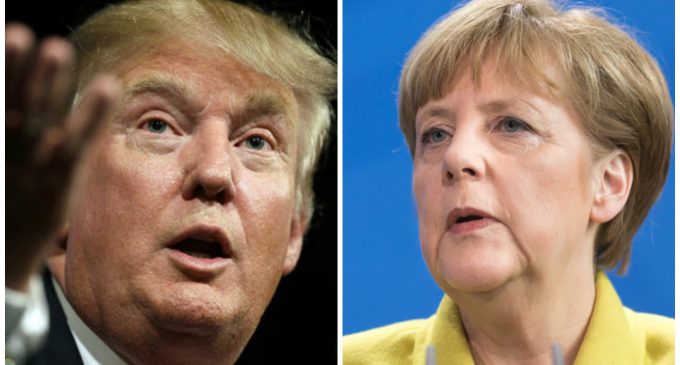 Donald Trump assumed office this week, and he’s keen not to make the same mistakes as Germany’s Angela Merkel.

Merkel was once seen as a savior of sorts for the European Union. While other countries struggled financially, Germany’s economy remained strong enough to bail them out. Merkel even managed to use Germany’s economic might to reign in out-of-control spending in the EU.

Merkel’s response to Europe’s economic crisis was so popular she was named Time Magazine’s Person of the Year — only the fourth woman in history to receive the honor.

But times have changed for the once-powerful Merkel. She’s no longer winning awards for her service as German Chancellor; she’s fighting just to keep the title.

Her biggest mistake? Immigration. In an attempt to appear “humane,” Merkel allowed millions of refugees into her country — refugees that have spiked crime, terror, and have ruined the communities of many German citizens.

Donald Trump is aware of Merkel’s mistakes and has vowed not to repeat them in the United States.

See what he had to say about Merkel’s immigration policies on the next page: