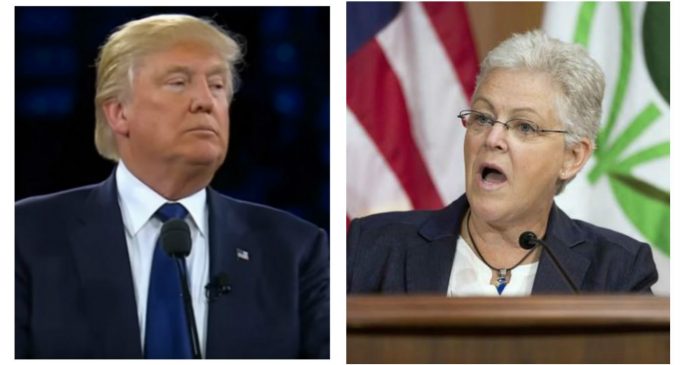 Keeping in line with his promise to rein in the excesses of the federal government, President Trump is setting his sights on one of the biggest offenders in Washington.

To progressives, there is no cause so trivial that it can go without federal funding. Whether it's paying for women's birth control or saving the owls, liberals will endeavor to save the world so long as other people are paying for it. It is this mindset that has led to the massive bloating of the government, and it is why the American taxpayer has seen their financial burden increase so much over the past few decades.

Nowhere is this more apparent than in the case of the Environmental Protection Agency. Tasked with looking after the country's natural resources and well-being, the agency has since become an intrusive force that imposes its will on unsuspecting citizens and tramples their liberty.