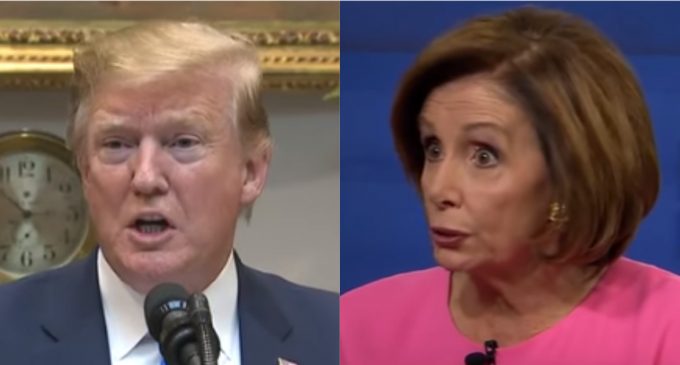 A report emerged Thursday night that the Trump administration had twice considered releasing detained illegal immigrants into sanctuary cities, specifically targeting the areas of open borders proponents, such as Nancy Pelosi's district. The idea seems to have come from senior Trump advisor Stephen Miller, who reportedly proposed it in November and in February.

The White House indicated that Miller’s idea was merely a flight of fancy: “This was just a suggestion that was floated and rejected, which ended any further discussion,” its statement said.

However, President Donald Trump chimed in on Friday, saying that he is “strongly looking at” releasing detained illegal immigrants into what are called ‘sanctuary cities'.

“Due to the fact that Democrats are unwilling to change our very dangerous immigration laws, we are indeed, as reported, giving strong considerations to placing Illegal Immigrants in Sanctuary Cities only,” Trump wrote in a series of tweets. “The Radical Left always seems to have an Open Borders, Open Arms policy – so this should make them very happy!”

“Sanctuary cities” are places where local authorities don't cooperate with or even seek to hinder federal Immigration and Customs Enforcement officials.

As one could imagine, the idea didn't sit too well with Pelosi. Turn the page for her reaction.