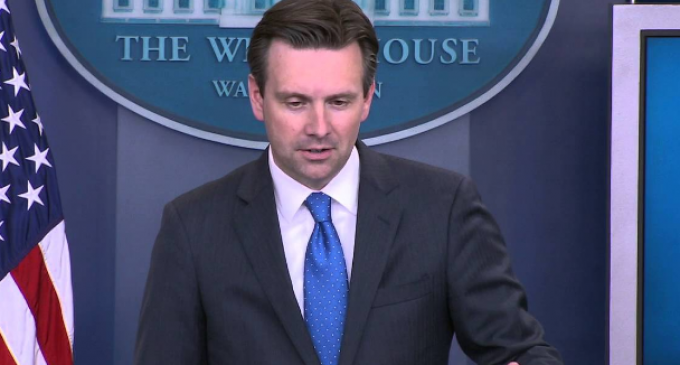 Donald Trump once famously quipped that there would be “so much winning if I get elected that you may get bored with winning.” Now, less than one month after his monumental election victory, Trump is putting another win in his column.

Early in the campaign, Carrier announced a plan to shutter a manufacturing plant in Indiana and send the jobs to Mexico. This week, Trump announced that his administration had reached a deal with Carrier that would keep 1,000 of the threatened jobs in the United States.

This is good news. Not only does it keep Americans employed, but it shows that Trump's administration is well-equipped to make good on their campaign promise to stop outsourcing. But the news wasn't well-received by all. When asked for comment, the Obama administration responded in the only way they knew how — like a bunch of petulant children.

They might not be bored with Trump's achievements, but they're obviously irritated by them.

See how Press Secretary Josh Earnest responded to the news on the next page: