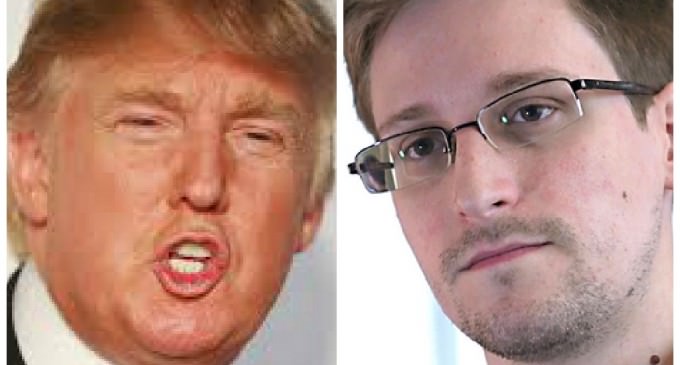 Do you believe that Edward Snowden exposed unconstitutional actions conducted by our federal government in terms of the massive surveillance of American citizens?

Is Edward Snowden a patriot because he brought to light to Orwellian governmental survellience programs – or is he a traitor because he hampered the efforts of the federal government to win the ‘war on terror’ by conducting these programs that included every American citizen?

This year, a panel of judges on the Second Circuit Court of Appeals ruled that the program Snowden exposed was NEVER legal. The Patriot Act DOES NOT authorize what the feds have been doing through the NSA.

“Statutes to which the government points have never been interpreted to authorize anything approaching the breadth of the sweeping surveillance at issue here,” Judge Gerard E. Lynch stated. “The sheer volume of information sought is staggering.”

Courts have ruled that this massive surveillance is NOT Constitutional.

Yet, Donald Trump has a concrete position: Edward Snowden is a traitor.