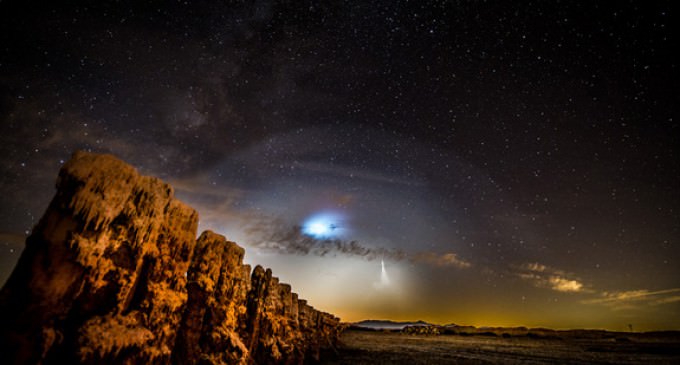 Remember the scene from the 1984 Red Dawn film when the paratroopers dropped into town, as the high school students watched out the window?  The eerie feeling that this indeed could happen one day here in America has always stayed with me.  The idea that what Hollywood portrayed as fiction, just may be coming to a non-fiction town near you seems all the more probable as one watches the world slip into WWIII.

The dialogue from the Red Dawn could be right out of today's news cycle:

“Col. Andy Tanner: Yeah. That's right. Infiltrators came up illegal from Mexico. Cubans mostly. They managed to infiltrate SAC bases in the Midwest, several down in Texas and wreaked a helluva lot of havoc, I'm here to tell you. They opened up the door down here, and the whole Cuban & Nicaraguan armies come walking right through, rolled right up here through the Great Plains.”

The “they” in this fiction quote, is the Obama administration, opening up the borders to allow infiltration.  But in today's real scenario, it is not just the “Syrian refugees” and the illegals coming in from the South but FEMA camps, Jade Helm, and most recently, the Trident missile that lit up the California night sky, on November 7, 2015.  One cannot ignore the signs of what is to come.

The Trident missile, the closed airspace on the West Coast, the fact that “war games are (sic) taking place off of nearly every inch of the three coastlines surrounding the United States”, make the observant recognize that not all IS well in this country and most slumber in an Obama-induced stupor.

What and who really was behind the night launch of the Trident missile?  What is behind the redirecting of LAX traffic? Learn more on the Next Page: