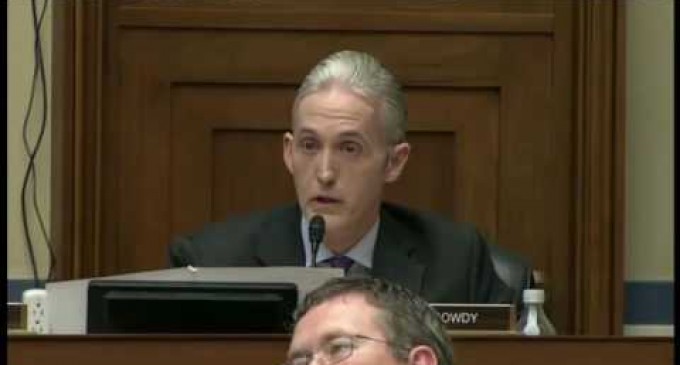 Hillary Clinton may not have inherited her husband's likeability or political skill, but it seems as if she learned how to do at least one thing from Bill Clinton.

While President Clinton's stint in the White House is remembered fairly fondly today, at the time he was as scandal-ridden as presidents come. Despite the fact that he presided over one of the least tumultuous times in American history, he managed to get himself impeached for his inability to tell the truth under oath.

How fitting that that is the one thing Hillary has picked up on during her eight years in the White House.

Mrs. Clinton may have escaped indictment thanks to a befuddling recommendation from the FBI, but James Comey's surprise announcement didn't vindicate Hillary's version of events. Instead, he proved that nearly everything she said was a lie, even things she said under oath.

Today, James Comey testified before Congress on his decision. See Trey Gowdy grill the FBI director on Hillary's lies on the next page: