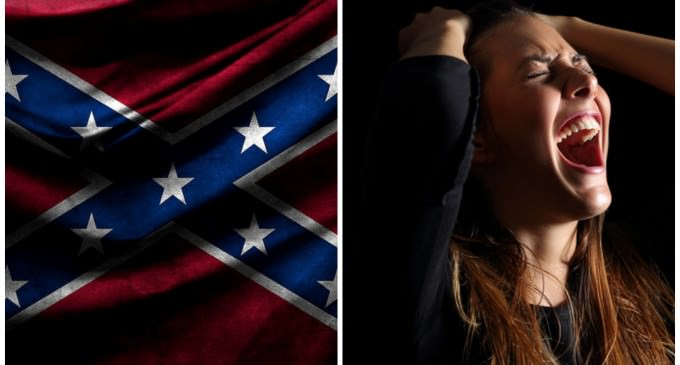 Offended America has struck again, breathing new life into a debate that liberals pursued with heated intensity earlier this year.

If you'll recall the incident that happened back in June, when Dylann Roof shot and killed nine people at the Emanuel African Methodist Episcopal Church in Charleston, N.C. Not only were all nine of his victims African American, but during the investigation, photographs found by investigators depicted Roof flying a Confederate Flag, prompting states to remove Confederate flags from all government buildings or be forced to deal with the offended cries of outrage from activist groups like Black Lives Matter and everyone else ignorant of the flag's meaning.

Apparently flags are now responsible for mass shootings. In this latest incident involving the Confederate flag, University students in Massachusetts who were upset by an image of a Confederate flag sticker on another student's laptop were offered counseling at Framingham State University.

Read more about this new claim of offense on the next page.