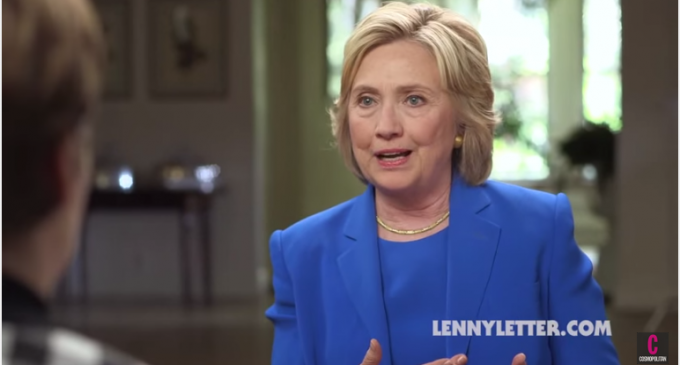 There is lack of class and then there is just trash. Lena Dunham falls in the latter category when asking Hillary Clinton in an interview if she happened to see the footage of Lenny Kravitz’s wardrobe malfunction. Hillary entered the realm of trashy as she responded, “Do you think I could get that on YouTube?”

Read more on page two about this uncouth exchange.