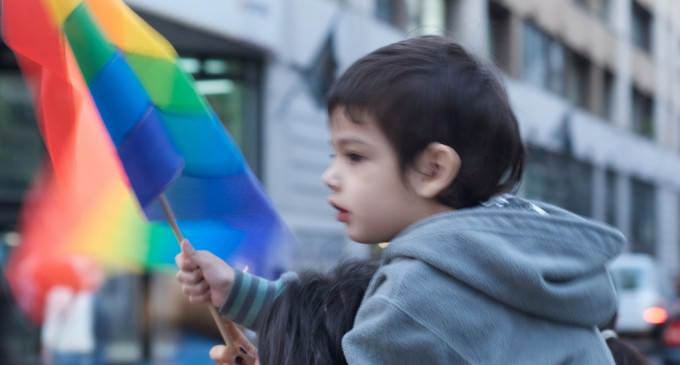 It is widely known that children, particularly young children, are quite malleable and easily influenced by those they are surrounded by, and certainly by parents or authority figures. They are also quite imaginative, and may have “invisible” friends or pretend to be something that they are not.

I recall a young girl I taught at about the age of 7 who insisted that she was a dog, and she sat in her chair with both legs curled under her on the seat of the chair and barked. This went on for some weeks, until she became a little girl again, and then on to another persona, I presume. I cite this example, because young children are discovering so many things around them, and adapting to those inputs with incredible rapidity. But there is a tyranny being perpetrated on the children by the gay and transgender community, and it is being accepted and incorporated by school leaders and bureaucrats with little or no evidence that it is anything but a fad and a con job.

NAMBLA, or the North American Man/Boy Love Association, is a pedophilia advocacy group. One of their mottos is “If Not by Eight, It’s Too Late,” meaning their objective is to indoctrinate children (boys) by eight years of age into their perverted and disgusting cult, and it is also representative of the gay and transgender efforts to reach and teach and indoctrinate children while they are still young, impressionable, and naive. And the outrageous and terrible part to that is that they are having success.  The preposterous stance by the transgender and gay community is that we are actually non-binary in sexual terms, meaning we do not truly have a set gender, rather it is fluid, regardless of chromosomes or physical attributes. And these groups are determined to foist this nonsense onto the schools so that young children can be taught this claptrap.

May I suggest a motivation? The gay and lesbian portion of the population is somewhere between 2 – 3.5 percent. The transgender population must be considerably below that, and baby, it’s lonely out there! Why not expand your numbers by confusing as many young children as possible and clouding the issue while the kids are young? And so we come to our present situation, with the issue of transgender identity becoming a fad that clusters in certain ares, indicating that it has nothing to do with genetics and everything to do with impressionable little kids following a popular trend.