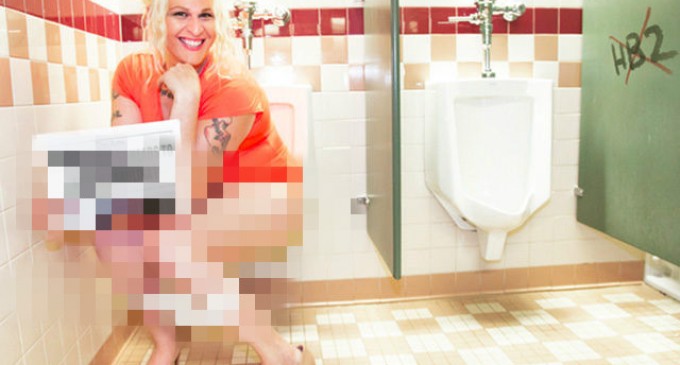 The transgender bathroom dispute has owned news headlines all over the country for the past several weeks, creating yet another divide between already divided Americans. And while people continue to form opinions on a subject that doesn't affect them whatsoever – unless they're transgendered – North Carolina seems to be at odds with President Obama's recent decree that any public school that doesn't allow kids to use the restrooms of their desired gender will lose government funding.

Target has also jumped on the bandwagon and claimed that they will welcome transgendered individuals to use the bathrooms of their desired gender, so ladies, don't be surprised if you see some very manly things in Target restrooms while doing your summer shopping.

The state's recently passed “HB2” which mandates that transgender people use the restrooms that correspond with their biological sex, has been a thorn in the side of the transgender community, so much so that a transgender actress and activist preparing to go on a tour of North Carolina is planning to take photos of herself (himself?) urinating the wrong bathrooms.

Shakina Nayfack is set to perform in Durham, Charlotte and Raleigh next month as part of the Manifest Pussy: Post Op tour, but the state's recent passing of HB2 gave her (him?) an idea for a creative way to protest the law.

Read more about her (his?) idea on the next page.