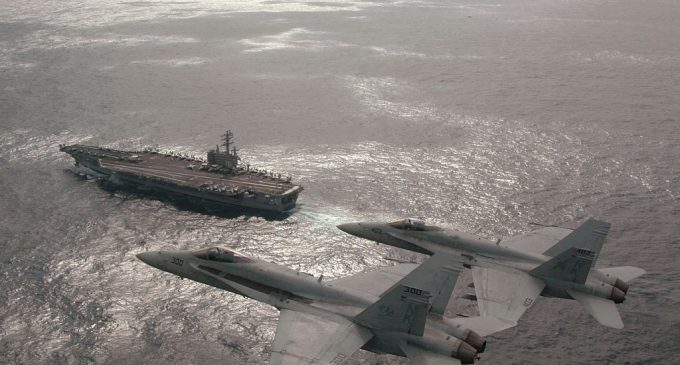 As a Naval Administrative Officer on the USS Ronald Regan responding to the 2011 Fukushima disaster, Steve Simmons was severely affected by the radiation. He started to experience terrible symptoms months after returning from the mission. Because the Department of Defense says the radiation levels there were safe and since doctors cannot tie his ailment directly to radiation Simmons’ treatment may not be covered.

“You’re starting to run fevers, your lymph nodes start swelling, you’re having night sweats, you’re getting spastic and you’re losing sensation in your legs, and you can’t feel your legs when you’re getting 2nd degree burns on them, and how do you explain those things?” Simmons told WUSA 9 News

Simmons is joined by more than 70 other U.S. sailors with similar ailments, including thyroid cancer, brain tumors and leukemia. Despite radiation-decontamination officer Michael Sebourn detecting “incredibly dangerous” radiation levels while on the Reagan, the Department of Defense has continued to claim levels were safe.

“How do you take a ship and place it into a nuclear plume for five plus hours, how do you suck up nuclear contaminated waste into the water filtration system and think for one minute that there’s no health risk to anybody on board?” Simmons said.

Although the US government continues to stockpile potassium iodide and refuses to investigate high radiation levels along the west coast of North America, scientists suggest it is unreasonable to ignore the problem and hope it will go away.