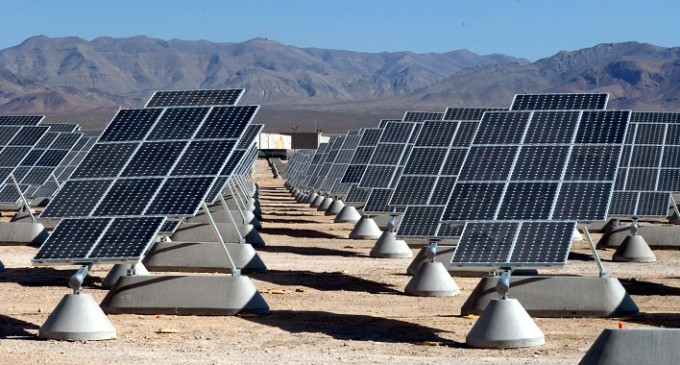 While many Americans are furious with the terms of the Trans-Pacific Partnership (TPP) that was signed this past February, few have been able to accurately predict its consequences on the American economy. Now, according to the website Collectively Conscious, we have the first taste of what the deal could look like, thanks to similar agreements made in India.

There, the United States blocked a massive solar project that would have significantly increased India's energy independence, in spite of the fact that the United States has benefited tremendously from the technology back at home. According to the World Trade Organization (WTO), the plant didn't meet requirements that specify that a certain percentage of the plant's components be sourced locally.

This red tape for the sake of red tape is not only pointless but is now doing more to hurt the world's economies than help them. To learn more about this story, and its potential ramifications here in the United States, continue reading on the next page: