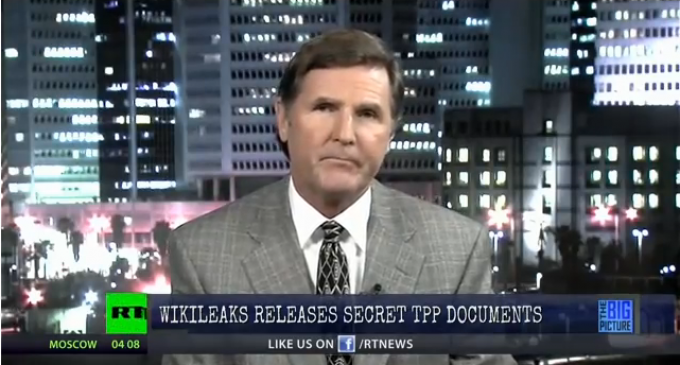 Obama is about to push through the largest trade deal in human history…in complete secrecy.

He must keep it a secret because it is a complete sell-out of our country as it allows corporations to regulate our economy and the economies of 11 other countries.

Corporations will be able to sue countries over regulations they don't like, expand their monopoly on pharmaceutical patents and even block websites they accuse of breaking copyright law.

Obama will try to ‘fast track' the deal, which means that only a majority vote will be required for it to pass.

This is the destruction of our national sovereignty, which we see happening on other fronts as well, such as the war upon our Constitution, the North American Union plan, and the ‘open borders' immigration policies that our government officials seem to salivate over.