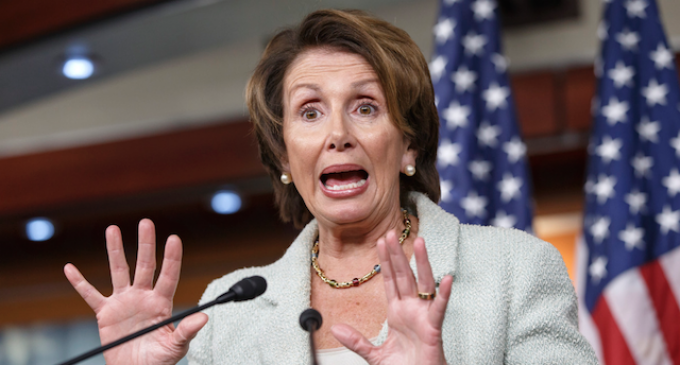 If Nancy Pelosi is driving a car off a cliff her only concern is that all her passengers go down in flames with her. It’s not surprising that the very same self-absorbed lady who called over half the population “animals” is showing such blatant disregard for the people around her.

The Democratic party can’t score a win, and instead of wondering if it has anything to do with their blatant disrespect for everyday Americans, they’re turning on their “toxic” leader, Pelosi. Or are they? Sure, even most Democrats hate Pelosi. But, they also understand their own party. Candidates don’t run for office or get elected because they understand the needs of their districts or the country. Isn’t that right Grandpa Bernie? Right! They let the evil she-witch is real estate attire get the ticket as she scored the highest paying clients. So, once the numbers started trickling in that Pelosi had a lifelong (death) grip on her district they had to resort back to defending Pelosi.

And if there is one thing the Democrats know how to do, it’s shining a spotlight on their own hypocrisy. Respect where respect is due. Because their pathetic defense of Pelosi is downright idiotic and hysterical. See it for yourself on the next page