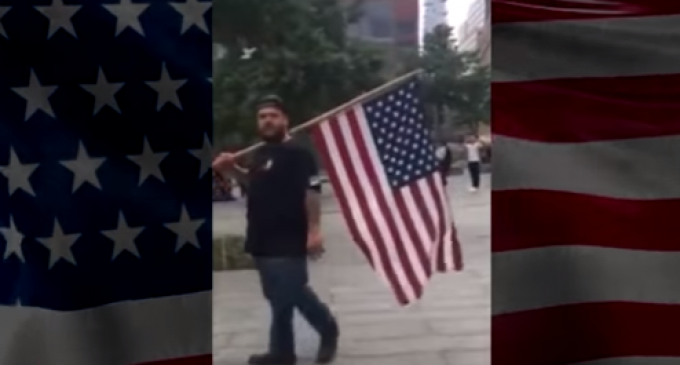 The Two Reflecting Pools at the “Ground Zero Memorial”  is a place that draws hundreds of thousands every year.  Many of those are people who either were there on that fateful day, or they knew someone who had died there.  I am both, by proxy.  Meaning that both of my brothers were there that day and I personally know several who died that day, one a Jew and one a Christian.

Both of my brothers were working, my middle brother a foreman in the carpenter's union who was on a rooftop of a neighboring building to the North Tower, and the other 10 blocks uptown.  The foreman brother and his crew of eight witnessed both of the plane strikes from their vantage point.  In fact, I can still remember speaking with my mother on the phone at the time of the second plane and shouting to her to tell my brother who was on another line to get the hell outta there.

I was a manager at a restaurant just north of Philadelphia in Bucks County.  I had opened the restaurant in the early morning and was giving instruction to my cooks when I heard the radio say something about a fire in the World Trade Center.  I immediately went out to the bar area and put on one of the televisions to view the coverage.  And of course, it was on every station.

There it was:  the North Tower, way high up, smoke billowing out of a gaping hole in the side of the building.  At that moment, I thought back to my youth, watching those towers built very slowly over years out of my bedroom window.  First one skeleton and then the other, steel girders without substance.

It was nearly a non-event, the day that it was unveiled as a completed project.  Why?  Well, simply because we had sat for years, watching it being constructed.  When it was done, New Yorkers were like, “Yeah, so.”  Plus, we were kind of angry with the construction as well.  A lot of people won't talk about this, but we were not happy with the fact that this new twin structure was going to be eight stories taller than our beloved Empire State Building.  Then, to add insult to injury, a couple of years later, a Hollywood production of King Kong (horrible film) decided to nest an inflatable ape at the top of one of the towers.  It was THE single most hideous-looking thing and, if I recall correctly, sat there for close to a month or two.  Horrible.

But the buildings finally settled in to our sight and just became part of the skyline.  And after 20 years, you came to expect those to be there in your view finder.  Now, a private corporation that created the Twin Reflecting Pools at Ground Zero is informing anyone with an American flag that they are not welcome…read more on the next page…