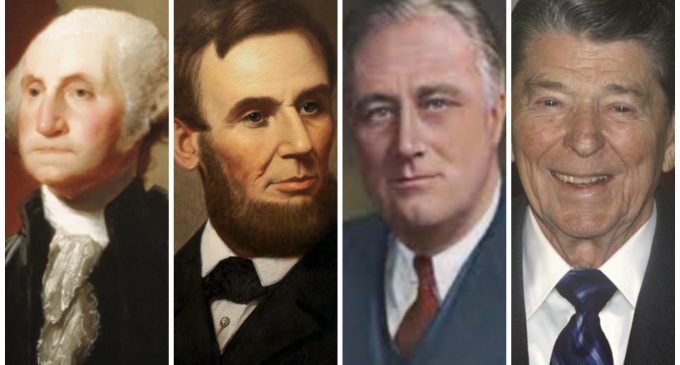 President-elect Donald Trump wrote the draft of his inauguration speech himself at his Mar-a-Lago estate in Palm Beach, Florida several weeks ago. All Presidents up until Warren G. Harding, who was the 29th President of the United States, serving from March 4, 1921 until his death in 1923, wrote their own speeches. Harding hired the first Presidential speechwriter.

The communications director for Trump's inaugural committee said last month Trump's speech will be about “dreaming big” and “looking forward.”

“I am expecting a great address, one that, again, talks to Americans about dreaming big,” Boris Epshteyn said.

“About making sure that we are a city on the hill one more time, and I am looking forward to it — strong address that talks to all Americans.”

Here are some of the top inauguration speech quotes from past presidents:

And since the preservation of the sacred fire of liberty, and the destiny of the Republican model of Government, are justly considered as deeply, perhaps as finally staked, on the experiment entrusted to the hands of the American people.

With malice toward none; with charity for all; with firmness in the right, as God gives us to see the right, let us strive on to finish the work we are in; to bind up the nation’s wounds; to care for him who shall have borne the battle, and for his widow, and his orphan—to do all which may achieve and cherish a just, and a lasting peace, among ourselves, and with all nations.

So, first of all, let me assert my firm belief that the only thing we have to fear is fear itself—nameless, unreasoning, unjustified terror which paralyzes needed efforts to convert retreat into advance.

Freedom and the dignity of the individual have been more available and assured here than in any other place on Earth. The price for this freedom at times has been high, but we have never been unwilling to pay the price.

America has never been united by blood or birth or soil. We are bound by ideals that move us beyond our backgrounds, lift us above our interests and teach us what it means to be citizens.