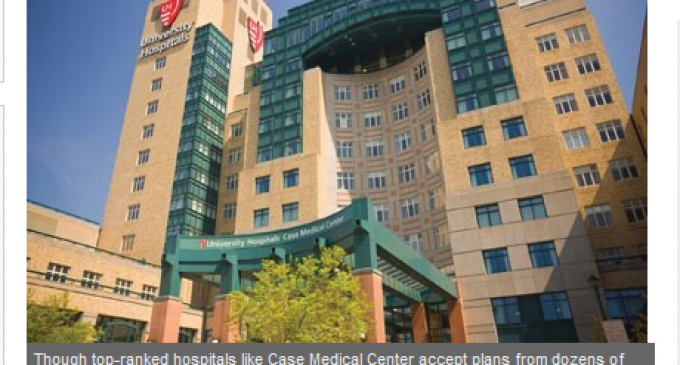 When you enroll in Obamacare, if you do, you are ‘shopping blind’. You won’t know which doctors and hospitals are in your plan.

Many of the top hospitals aren’t even in the system. Most doctors and hospitals can’t even tell if they are in the system with the current available information.

Americans who sign up for insurance on the state exchanges may not have access to the nation’s top hospitals, Watchdog.org reports.

Wellpoint and Aetna’s decision to not educate the public on its choices doesn’t sit well with two experts.

“There is no reason to keep that quiet. It’s not going to be a good secret for very long when people want to use the plans,” Wilensky said.

“In many cases, consumers are shopping blind when it comes to what doctors and hospitals are included in their Obamacare exchange plans,” said Josh Archambault, senior fellow with the think tank Foundation for Government Accountability. “These patients will be in for a rude awakening once they need care, and get stuck with a big bill for going out-of-network without realizing it.”

All of this represents a larger problem with the Affordable Care Act, said Archambault, who has extensively studied the law.

“It reflects deeper issues in implementation,” he said. “Some hospitals and doctors don’t even know if they are in the network.”

Just look at Seattle Children’s Hospital, which ranks No. 11 on the U.S. News & World Report best pediatric hospital list. When Obamacare rolled out, the hospital found itself with just two out of seven insurance companies on Washington’s exchange. The hospital sued the state’s Office of Insurance on Oct. 4 for “failure to ensure adequate network coverage.”

“Children’s is the only pediatric hospital in King County and the preeminent provider of many pediatric specialty services in the Northwest,” a hospital press release said. ” Some of these specialized services not available elsewhere in our area or region include acute cancer care, level IV neonatal intensive care and heart, liver and intestinal transplantation.”

And for doctors in Texas, “Basically, we don’t know,” said Stephen Brotherton, president of the Texas Medical Association. “We can’t find out. At this point, it’s part of the various unknowns with the marketplace. There are ways you can be on plans and not even realize it.”