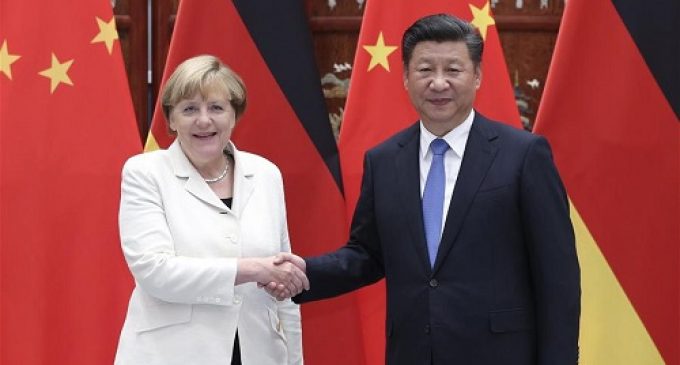 The New World Order is a broad term for a very diverse subject matter which entails a limited number of individuals at the top of the proverbial pyramid who are making decisions for the rest of the world.  The means of tacit control of the population in every way will eventually lead to the end game of globalization; a world without borders, with one centralized monetary system, and only masters and servants, a middle class completely absent.  Paring the population down to a select few individuals who will rule at the top and many beneath who will serve their masters will require a huge undertaking of mass extermination.  A planet of approximately 7 billion culled down to a set number of between 500 million and 1 billion people, all for the express purpose of ruling over a defenseless population who will obey unswervingly the commands of the masters.

If that sounds good to you (to paraphrase Jeff Foxworthy) you might be a Liberal.  Well, actually you'd be a Leftist which encompasses Liberalism, Socialism, Progressivism, Fascism, Communism…well, pretty much all the “-isms” that you can think of and probably even some that haven't been invented yet.  The point is that this concept is believed by enough people as to have been researched aggressively and meticulously.  Whole books have been written on the subject.  And if you believe the NWO theorists, whole populations have been silenced and purposefully extinguished because of it.

As for the theorists themselves, they are as numerous and as diverse as the theories themselves.  Some of the theorists are ultra-secretive because they fear the NWO bigwigs will subsequently call for their murder, execution style, or to look like a complete accident.  Some have even inferred that many of the world's “suicides” of NWO theorists are in fact murders.  According to these theorists, the NWO Committee of 300 (the current number that has grown from humble beginnings of 3 as more of the agenda and more of the people behind the NWO goals are exposed) has allowed its number one propaganda machine, the media, to continue to pump out articles and reports that show the theorists to be absolute loons so that the people will disregard them when “go-time” arrives.  It's like the sheep in the pasture who will be completely oblivious to the frantic warnings of the shepherd boy who is shouting “Wolf!” as the wolf creeps into the pasture to devour them.

Writer Brandon Smith has proposed an interesting new angle on this NWO mindset and expresses a dire warning to those who believe that the United States will be unaffected by this NWO movement because of the Illuminati's reliance on the U.S. Dollar.  Read on the following page why he believes that this is the most dangerous belief of all.