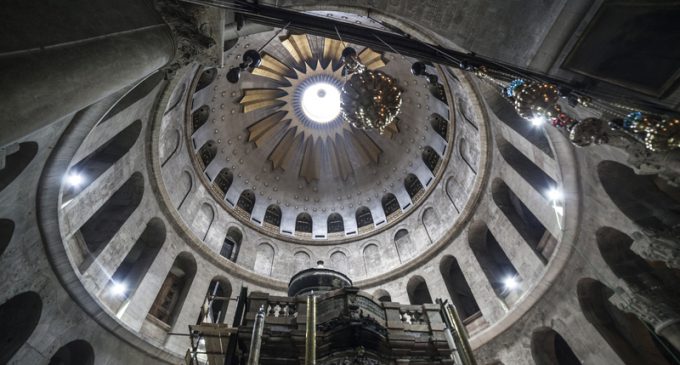 Controversy has swirled around Christianity as much as any other historically important entity, thought, deed or event.  Singular to Christianity, however, is the amount of bile that is spewed by Progressives whenever the idea of the Holy Bible viewed as a historical document is broached.  That is a truly antagonistic process for the typical Leftist and they vociferously undermine its very suggestion.

One of the favorite techniques of taking umbrage at the holy book as being historically accurate is to cherry pick specific lines of scripture and then pronounce them as impossible because of A, B and C.  For instance, in the Book of Nehemiah, there is a reference to the builders of the wall that surrounded the city of Jerusalem.  If you'll recall, after the defeat and sacking of the city by Babylon's Nebuchednezzar 142 years earlier, King Artaxerxes of Persia had granted the Israelites to return to Jerusalem to begin the arduous task of rebuilding the walls surrounding the city.

In that book, Nehemiah returned with many captured Israelite families to Jerusalem and started the long process.  In the interim, he had ordered the arming of each builder.

“They which builded on the wall, and they that bare burdens, with those that laded, every one with one of his hands wrought in the work, and with the other hand held a weapon.”

The criticisms that I have seen insist that if the builders were literally carrying their supplies in one hand and a weapon in the other, the walls would never have been completed; therefore, the entire story of Nehemiah and the rebuilding of the walls must be dismissed as fantasy.

Now, you and I both understand that the meaning behind this line of scripture simply means that the weapon was close at hand, in case of an attack.  The detractors, however, cannot think logically about scripture.  If they even hear a verse quoted as being from the Good Book, they immediately dismiss it out of hand, regardless of its content.

Read on the next page how National Geographic has opted to air a show dedicated to a new finding by Greek masons and builders inside the Church of the Holy Sepulcher that will stand the Liberal naysayer dog-and-pony show on its head and prove, once again, that the Bible was correct and all the historians humiliatingly wrong!