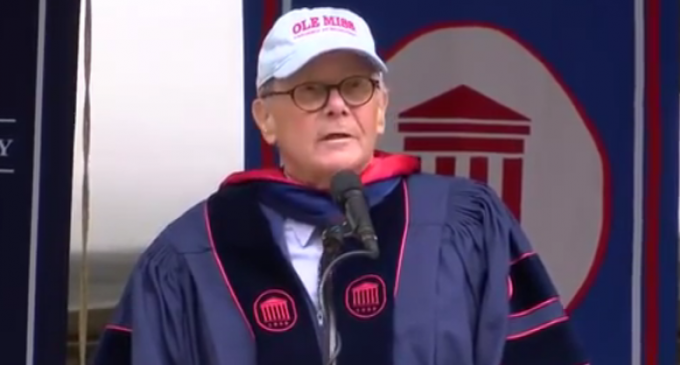 Graduation season has arrived, and colleges and universities all across the United States are taking advantage of their final opportunities to indoctrinate America’s young people with liberal philosophy.

In recent years, every year – without fail – American colleges and universities have an enormous disparity between the number of liberal speakers and the number of conservative speakers they invite to give the school’s commencement address to graduates.  Even before the concept of “safe spaces” really took off on campuses, school administrators shied away from inviting conservative speakers.

Pampered students, led by proselytizing professors, have effectively silenced free speech that falls anywhere right of center.  George W. Bush, Condoleezza Rice, John McCain, Ayaan Hirsi-Ali, Dr. Ben Carson, and Ann Coulter are just a few of the conservative speakers to have been disinvited to multiple campus speaking engagements.  In fact, 9 of the top 10 most disinvited college speakers in 2014 were conservative.  Domestic terrorist, Bill Ayers was the lone liberal on the list.

Last weekend, students at the University of Mississippi – Ole Miss – found themselves on the receiving end of an anti-gun lecture by NBC reporter, Tom Brokaw.  To read more, and watch as Brokaw proclaims that Americans’ right to bear arms leads to domestic terrorism, continue reading on the next page: