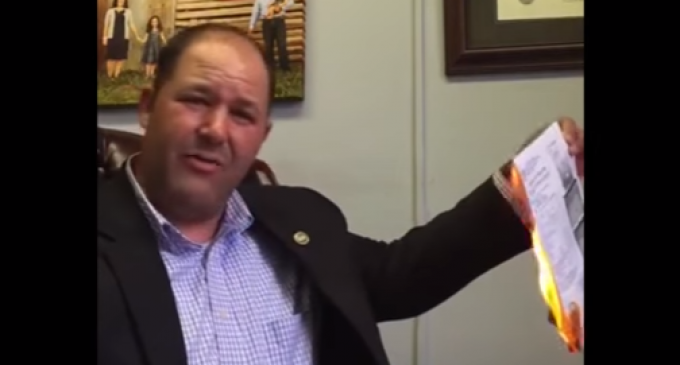 A state representative is leading a lonely battle against an unholy alliance between big business and big government.

Most Americans are familiar with the cameras mounted on top of traffic lights. What most people don't realize though is that although they are ostensibly there to help the police do their job, they aren't actually operated by law enforcement – at least not in Tennessee. Rather, they are operated by the same companies that make and provide them to law enforcement.

What's the problem with this? While, as Tennessee State Representative Andy Holt points out, the only people who are legally permitted to view the footage recorded by traffic cameras – and thus issue citations based on them – are law enforcement officials.

But this is not what is happening: not only are employees from these companies viewing the footage, but they are also telling police that people in the footage have broken the law after deleting video showing they have not.

See Rep. Holt speak about this issue on the next page: