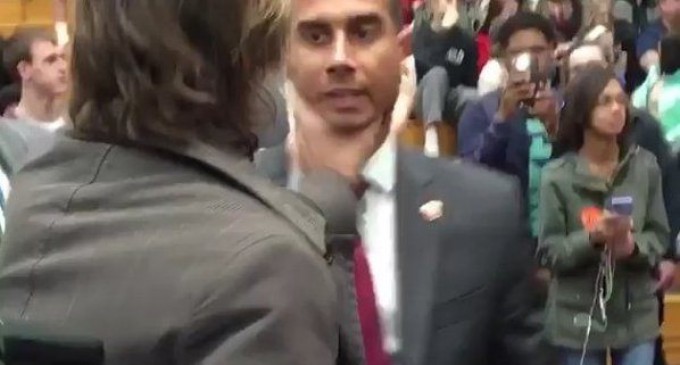 The media has manufactured its latest controversy about the Trump campaign by blowing a heated altercation out of proportion.

News outlets have run wild today with footage of a reporter for Time magazine being knocked to the ground by a member of the Secret Service at a Trump rally. The implication is that the GOP frontrunner is running an aggressive campaign that brings out the worst in people and has potential to turn violent at any moment.

But as other videos documenting the series of events leading up to that incident attest, if anybody was violent, it was the reporter. Footage shows Morris getting unnecessarily close to the Secret Service agent, brushing up against him as if he were trying to push him out of the way. He is also clearly heard to say “f*ck you” to the agent.

But that's not what people are seeing on the news: what they're seeing is Morris lying on the floor as the agent stands over him, and they most certainly did not see what he did next.