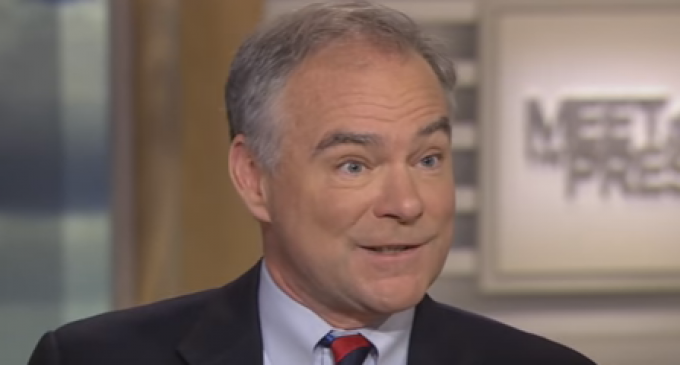 According the Democratic vice-presidential nominee, white people need to experience the kind “oppression” that black people have experienced before Americans can truly be equal. The cat is out of the bag. Many who believed that all of these movements and protests started by Black Lives Matter, the New Black Panthers and their supporters aren't about equality at all, they're about racial superiority, specifically over white people. In fact, if you look up “racism” in the dictionary, it's basically defined as one race seeking racial superiority.

While speaking to a group of baptists in New Orleans, Tim Kaine suggested that in order to achieve equality between races, white people must willingly submit themselves to a state of repression. What exactly is he talking about exactly? Nobody will deny that slavery and the acts that followed were atrocious, but like it's been asked many times, what right does anybody have to claim offense at acts they weren't alive to be offended by?

Why can't anybody see that this kind of policy isn't going to bridge the racial divide, it's only going to make it bigger. It's this type of thinking, created by the Obama Administration, that got us here in the first place. Not to mention that these types of policies are bad even for white democrats.