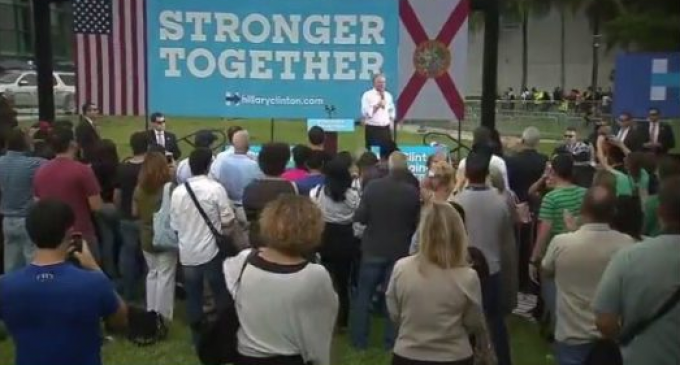 The left has tried very hard to paint Republicans as out of touch and unpopular, but it's the Democrats who have trouble connecting with ordinary Americans.

It's always been true, but liberals have become particularly obsessed with celebrity and the appearance thereof since Barack Obama first announced his candidacy for the presidency. Appearances on late night talk shows with Jay Leno and Jimmy Fallon and podcasts like WTF with Marc Maron cemented progressives' dubious belief that not only is Obama a “good” president, but a “cool” one as well.

Another part of this fixation with stardom was the throngs of Democrats who turned out for Obama's events, with thousands leaving their homes for the chance to hear the president speak. It's a success that party leaders realize they have to recreate for Hillary Clinton and Tim Kaine this year, but it looks like they're facing an uphill battle.