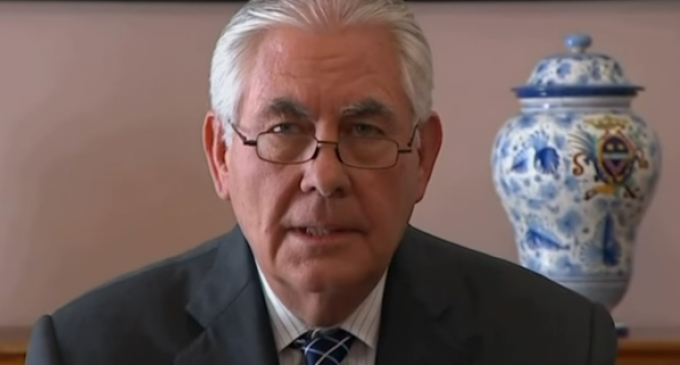 Rex Tillerson is taking a page out of George W. Bush's playbook. When it comes to Syria, you're either with us or you're against us. This comes after Russia condemned the United States' use of force against a Syrian airfield used to launch chemical weapons.

If that's the case, the outlook isn't good for Russia. Most of the free world stands behind Trump.

In Russia's corner are Syria, China, and Iran.

In a public statement, Tillerson claims that Russia must now choose between Assad or the United States. Considering the nations allied behind each superpower, the decision should be obvious. But the Kremlin has made stranger allegiances before.

Watch the video of Tillerson's announcement on the next page: