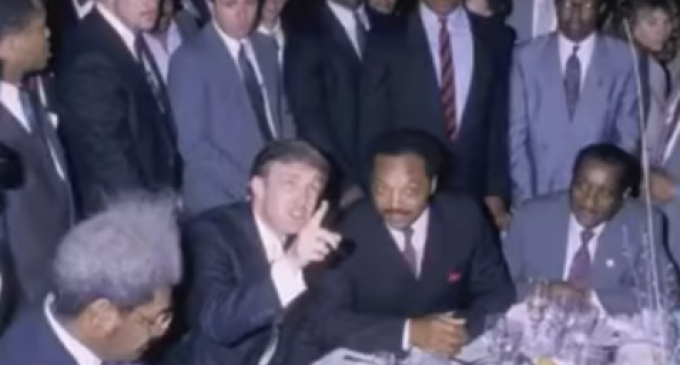 After over a year of media smears, Donald Trump has his work cut out for him winning back the minority vote. The challenge he faces with Hispanics is obvious. The press have taken his stance against illegal immigration and turned it into a stance against all Mexican immigrants. Despite the fact that Trump has often talked about a “beautiful door” in his border wall for law abiding Mexicans, the media continues to insist that Trump is anti-Mexican, regardless of legal status.

But what about African-Americans?

Trump is struggling there, too, but it's hard to see why. While much of what Trump says is admittedly controversial to the politically correct, nothing he has said about the black community has been particularly noteworthy. Still, he polls in the single digits among African-Americans. Blame the media. They painted him as a racist anyway.

See Jesse Jackson defend Donald Trump on the next page: